This work has to do with the amazing observation that under very small dimensions, rules governing physics at our scale change, due quantum effects. I was studying the case of silicon during my PhD studies. Silicon, the material constituting more than 90% of microelectronic components, is an indirect bandgap material. One consequence is that it is not able to emit light. However, finding a way to make silicon able to emit light would be a great deal, as information could be transmitted by the light generated by silicon-based component, and not by electrons, as it is nowadays the case in computers for example. The main advantage of this would be a faster communication, as light goes much faster than electrons. In the middle of the 90’s, an investigation group leaded by Leigh Canham got light from porous silicon, and proposed the theory that when silicon dimensions are reduced to a dot that has less than 5 nm diameter (nm stands for nanometers, 1 nanometer=1/1000000 millimeter), selections rules relax and bandgap opens, making silicon able to emit efficient light in the visible range (visible to human eye). My thesis deals with the study of how it works by studying the luminescence of Si nanocrystals. My PhD work was defended publicly in 2005. 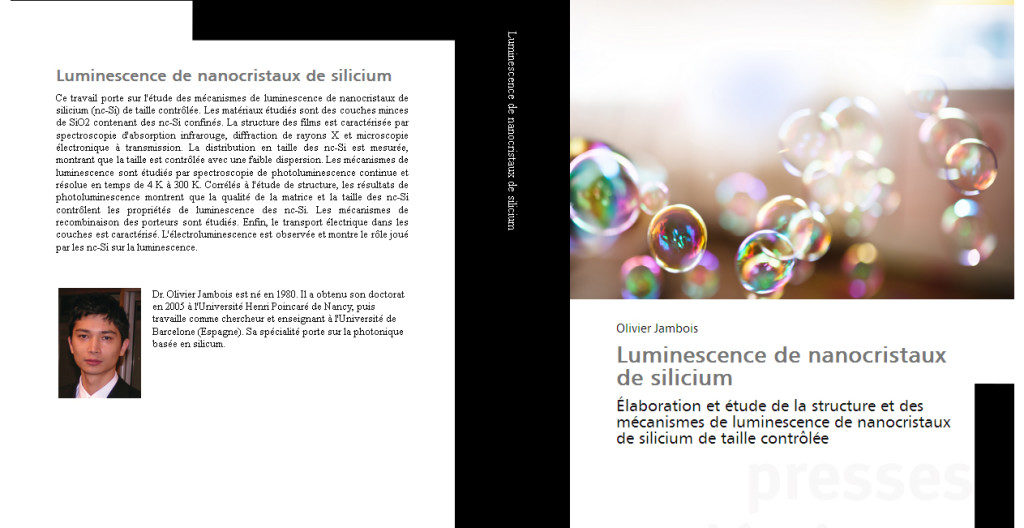